Czech Home Secretary: I am sorry that we are imprisoning children, but it is in accordance with the law

The European Court for Human Rights has ordered the Czech government to move an Afghani family from the Bělá-Jezová detention camp and to provide information about the conditions in the camp. In response to this, the Czech Home Secretary Milan Chovanec said that the conditions in the camp are now fully in line with the international agreements. "The European Court makes decisions in favour of the child without knowing any facts," said Chovanec, adding that the European Court for Human Rights has made identical decisions against Belgium and France. The interview, published by the Czech server Novinky.cz, continues:

Question: "Is it correct that even small children are held in detention?"

Question: "What is the point of holding people in detention for three months only to release them thereafter?"

Chovanec: "This is exactly what European law demands. If it is changed, we can behave differently. These people come as migrants to the territory of the Czech Republic. They are illegal and they do not have any documents. It would have been enough had they registered themselves on entering the Schengen area and obtained the necessary documents. They are captured on the territory of the Czech Republic and we do not know who they are, where they are from or whether they constitute a security threat.

I am sorry that they have children but the Czech state arrests these poeople and decides whether they will be deported to their home country or to some other country. These people have not applied for asylum in the Czech Republic. If the European rules functioned properly we would not be capturing unregistered migrants on the territory of the Czech Republic, which is what happens every day. 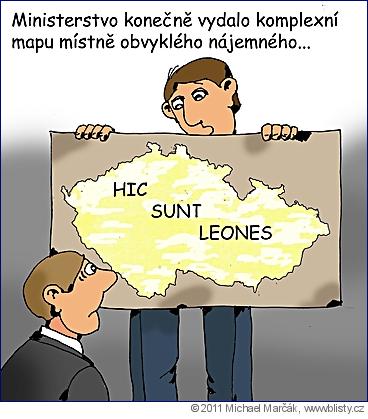