Czech PM: "UN criticism of the Czech Republic is inappropriate"

The Czech Prime Minister Bohuslav Sobotka and the Czech Home Secretary Milan Chovanec rejected the criticism of the Czech Republic by the UN High Commissioner for Human Rights Zeid Ra’ad Al Hussein. The UN High Commissioner for Human Rights criticised the Czech Republic for unlawfully detaining refugees, including children, in degrading conditions. He has also expressed concern over islamophobic comments, made in public by the Czech President Miloš Zeman.

The Czech Prime Minister Bohuslav Sobotka said that Zaid's criticism is inappropriate. In his view, the Czech Republic has recently increased capacity in the detention centres in order to improve conditions within them. Sobotka has ignored the UN criticism that the Czech Republic should not be normally detaining refugees and migrants at all. He has invited UN representatives to come and inspect the Czech refugee detention facilities. "I think they will find out that there are reasonable, decent, standard conditions in the Czech detention centres," he said.

The Czech Home Secretary Milan Chovanec said that if someone wants to criticise the Czech Republic, they can travel to Prague and start a debate there. Chovanec expects the United Nations representatives to produce a detailed report and arguments. "I am curious about what they are criticising us for. If we come to the conclusion that we are being criticised unjustly, we will fight back," said Chovanec. In his view, the Czech Republic does not infringe the rights of the refugees, on the contrary, their situation is improving.

Jiří Ovčáček, the spokesperson of the Czech President Miloš Zeman, said that the criticism voiced by the UN High Commissioner for Human Rights "is a part of the ever-strengthening campaign against the Czech Republic due to its views about the migration crisis". "The Czech President stands by his opinion and he will not change it under pressure from abroad." 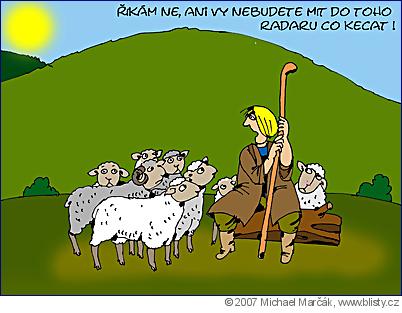