In February 2014, the European Commission issued a request for an opinion on a “long-term strategy on the future use of the UHF band (470-790 MHz) in the European Union”. This Request for an Opinion follows the intention expressed by the RSPG in its "Work Programme 2014 and beyond" to develop a long-term strategy for the UHF band 470-694 MHz including a realistic vision for the DTT platform, and the assessment of the possible implementation of WBB in the 694-790 MHz band.

The RSPG sub-group dealing with the development of the draft opinion on this matter, is seeking your views in relation to the role of DTT platform, including the current and planned use of the spectrum in the 700 MHz.

For this purpose, responses and details related to the following questions would be appreciated before July 30th.

What is the current and planned spectrum usage of the 700 MHz band?
At the time being, the band is occupied by TV broadcasting, ie. 4 nationwide networks for digital terrestrial broadcasting. The population coverage with the signal of these networks reaches at least 98 %. The corresponding rights of use validity is spread within the period of 2021 to 2024. The contracts between network operators and TV broadcasters are bound to these allocations. This frequency band is planned to be used also for DTT, in accordance with ITU’s Radio Regulations.
In case the TV channels of the 700 MHz band are taken out of the used networks, the coverage of population with these networks may drop significantly.
WBB is expected to be implemented in the future, while the existing spectrum rights of use need to be taken into account. The usage of the 700 MHz band for WBB can be supported by transition of broadcasting to the DVB-T2 standard. Any transition before 2021 would not be desirable bearing in mind the rights of use, costing and other risks.

No national decision has been taken yet.
Any such decision on the WBB implementation is based on reaching consensus in goals of WBB and media policy. Any prospective freeing up of the 700 MHz band for WBB must be based primarily on a political decision of the Czech Republic due to its possible negative effects on digital terrestrial television broadcasting.
General understanding is to implement the 700 MHz WBB only if the rights of use in the broadcasting service are not to be touched. There is no consensus at the national level on the possible unconditional release of the 700 MHz frequencies for WBB. It could hardly be expected that any conclusion will be taken before 2017.
In the case of transition to the DVB-T2 standard, the bottleneck is in how the households are equipped with proper receivers. In accordance with the receivers’ lifetime and a natural changing cycle, it should be taken into account that the sets are changed in 7 years’ horizon, which means well beyond 2020.
Did you already make an assessment of advantages and disadvantages of having a coordinated approach on the implementation of WBB in the 700 MHz band (long term different use of the spectrum MOBILE vs. BC, or only a limited different use, i.e. when 2 different dates are chosen by 2 neighboring countries)?
There has been made no such assessment so far at the national level. However there already are some ad hoc analyses and practical experience coming from the coordination with the neighbouring countries. Different use of the spectrum has been taken as possible just in cases when measures are taken by both states based on bilateral negotiations according with the current GE06 plan.
An experts’ group on making a strategy of DTT development has been established with the aim to identify the impact of freeing up the 700 MHz band.

Evolution of the DTT platform:

Do you envisage some provisions on a national level for facilitating the transition to new BC technologies in the UHF band (i.e. DVB-T2, HEVC)?
The ongoing consultations with broadcasters have indicated their preliminary openness in the discussion on migration to the higher technology standards, ie. to DVB-T2 incl. HEVC. The issue is discussed either on the ministry advisory group or by the experts’ group (see above).
Bearing in mind a dominant position of DTT, the Czech Republic agrees with European harmonisation in this area. It is necessary to respect substantial differences in the position of the digital terrestrial platform in individual countries while coordinating the radio spectrum usage. In the states with dominant part of households depending on DTT, it is usually necessary to count on longer, more costly and difficult transition period with dual broadcasting in both older and newer standards.
If the time framework of freeing up the 700 MHz band frequencies is not set appropriately, it can substantially limit the transition onto the new TV technologies in the future.
Do you see a shift to other distribution platforms in the future?
It is not likely that it comes to a change in the dominant position of the digital terrestrial platform in next 10 to 15 years. No significant development in potentially substitute platforms can be realistically expected in the mentioned period. Broadcasting strategies should therefore count on the dominant position of DTT.
The influence of the European targets (DAE), concerning significant increase of the share of households connected to broadband or ultra-broadband access networks, may not be omitted. A further development of an integrated DTT/IPTV platform can thus be expected in the future. Time framework for a broader use of this integrated platform reaches anyway beyond 2020.

To what extent does the DTT platform play a specific role in your country to achieve general interest objectives (regulation, political, social , cultural/economic , etc.)? Are these objectives attached to the spectrum rights of use? If not, where are these objectives laid down? Are DTT rights of use granted to media service providers (i.e. the entity which has editorial responsibility)?
Approximately 50 % of households use DTT platform as a primary source of TV broadcasting reception, whereas only approximately 16 % homes have BB connection above 30 Mbps. Based on that point of view, the DTT plays for the time being an important role in the cultural sphere. The DTT platform is most valued by viewers for its access to a sufficiently broad choice of freely receivable TV channels. Maintaining a functional dual broadcasting system (the coexistence of public and private broadcasters) is in the public interest of the Czech Republic. However, in the context of the Czech Republic, such a situation is not viable without maintaining the functionality of the DTT platform.
Note: The operation of public TV broadcaster is covered by the specific Act .
There are generally no economic, political or cultural objectives bound to the licenses. Apart from the technical parameters, only the parameters of the provided broadcasting service concerning the nationwide coverage of population by the TV signal are bound to the spectrum allocations.
The objectives are in some extent included in specific media legislation .
Rights of use of the DTT spectrum are basically not granted to broadcasters. Holders of such rights are the network operators, in accordance with the Electronic Communications Act. The only exception is the public TV broadcaster (who is the holder of the rights based on the mentioned Act No. 483/1991 Coll.).

Processed by the Department of Electronic Communications 31. 07. 2014

1 Provide details, if available, in relation to the implementation of Article 14 of Audiovisual Media Services Directive.

2 Action 82 of the Digital Agenda for Europe, Promotion of European cultural diversity and industry. 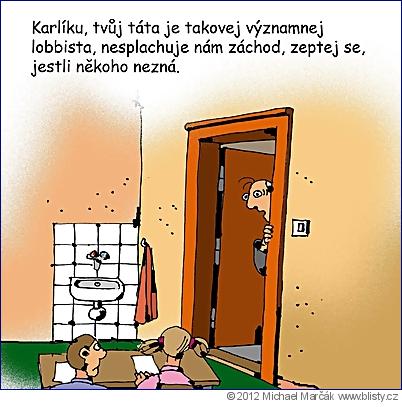