A wave of racism in the Czech Republic directed against the Lidl supermarket has provoked many scathing, antiracist comments

A wave of rabid racist comments directed against the Lidl supermarket rose in the Czech Republic after the supermarket used a black young man in its leaflet to advertise some of its clothing.

Hundreds of people complained to Lidl Czech Republic on its facebook page:

Many hate comments against Lidl in the #CzechRepublic. They've used black man for their adv. leaflet this week. Even chemtrails mentioned.. pic.twitter.com/8w0UHpQNfo

"Why do you have a Negro in your advertising leaflet? Are you aware that you have thus made many people angry? Our people hate these layabouts and parasites and are afraid of them. If you want to advertise your wares in the Czech Republic and for the Czechs, remove the multicultural crap! So far this is still our own country! By using this type of advertising, you will alienate many of our patriots - your customers!"

"I am quite disgusted. The media are trying to force multiculturalism on us, which has totally failed and it is a targeted genocide of the white race. And you have now used a Negro in your advertising leaflet. Why? Was this an order from above? Europe is white, Africa is black, Asia is yellow and this is how it has always been. So far, you have never used a Negro in your advertising. This is propaganda!"

"We like to shop in your supermarket, but avoid multiculturalism in your leaflets. Thank you."

"I have a question. Why are you constantly using NEGROID models in your leaflets for the Czech Republic?"

"Don't you think this is too much? I expect that a leaflet for the Czech Republic to feature typically Czech characters and not some multicultural imports."

"Why is a nigger in your catalogue again? You think you are advertising in Africa or is this because you are bothered that the Czechs shop in your supermarkets?"

Liddle has not given way and responded extremely sensibly:

"Dear customers, considering that the Czech Republic is a part of Europe and people of many different nationalities and different colours of skin live in Europe, we regard the models in our advertising leaflets as being perfectly in order."

The wave of racist complaints has given rise to a wave of popular creativity on social media:

"Excuse me for bothering you again, but do you have that black young man from the advertising leaflet in stock?"

"For those who do not like Lidl's NEGROID MODELS, we are preparing a TYPICAL CZECH WEEK!"

"I am also disgusted by the Negro featured in the Lidl catalogue, so I have replaced him with a REAL CZECH!"

"I have decided to buy my new sporting outfit in LIDL. Normally I do not follow their leaflets, but this time their leaflet has captured my attention."

"I have not been shopping in Lidl, but I think I will start shopping there after the publication of the leaflet with the black model and the tragic reactions by the Czech public." 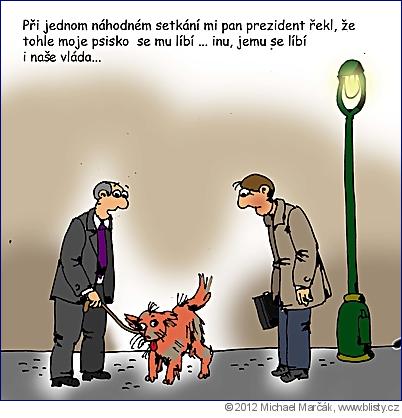