Czech journalist: Czech media spread racist hatred because there is money in it

"Seriously, the levels of xenophobia are absolutely shocking in the Czech Republic," said Pavel Novotný, until recently the editor-in-chief of the tabloid Czech language website Extra.cz, in an interview for the Czech language website MediaHub. "I am surrounded by racists. On the other hand, I must admit that as an editor-in-chief working for the commercial media in the Czech Republic for many years, I have personally used the Czech xenophobia in my work myself. There is a reason for this. Journalists do not whip up negative emotions against muslims because they do not like muslims but because it will increase the number of their readers. I admit this quite openly.

"I have been using this and I have been encouraging this. I can't stand racism, but how can I say this when I have deliberately written articles which incite racism? The Czech media do everything these days in order to be able to say that that are writing about the Roma. Even identikit pictures in the media are now constructed in such a way that it must be evident that [the criminal] is a Roma. It is incredibly hypocritical. We invent quotes which we insert in articles in which we mention that [the criminal was] dark skinned. Increasing the number of readers is all important. The commercial media which ride the wave of xenophobia control the majority of the market. There is no point trying to do anything else. Whom do you want to improve? The racist and xenophobic Czechs?" 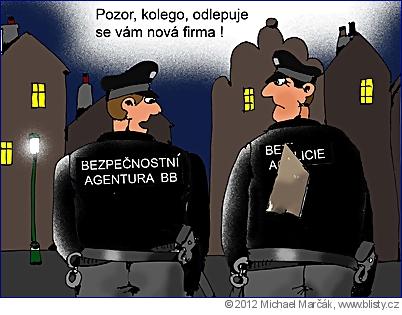