Czech politicians will ban covering your face in public. Even the controversial Czech PM Babiš supports the measure

MPs from the Czech Catholic Party (KDU-ČSL), MPs from the extreme-right wing, fascist SPD Party of Tomio Okamura as well as the leader of the Czech Social Democrats Jan Hamáček want to ban covering your face in public. The Czech Prime Minister, former Communist secret police informer, oligarch Andrej Babiš, who is currently being investigated for financial fraud, also supports the measure.

"Fear-mongering loonbattery. In Denmark, this law was created to stigmatise about 150 women. In ČR, how many? Three? Two? So even more clear that this is not about any really existing problem but a fake problem that politicians want to pretend exists so they can 'solve' it. No one should fall for this foolishness," says Andrew Stroehlein Media Director of Human Rights Watch.

Last year, Czech courts turned down the demand made by a girl from Somalia, who wanted an apology and a compensation of 60 000 Czech crowns (2400 euros) from the Prague-based Secondary School for Nurses which banned her from wearing a hijab. 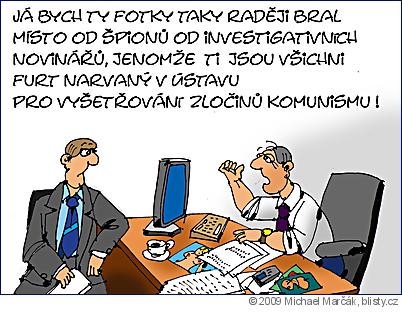