After a week of screenings in various cinemas around Prague, the fifteenth Mezipatra Queer Film Festival opened on Saturday night at the Kino Scala in Brno. Over the last decade the festival, mostly set up by volunteers “because they see the point in doing so” has been going from strength to strength; with crowd numbers purportedly on the up each year. A packed-out cinema to watch the opening ceremony and film is a good indicator of this trend continuing, and a hunger in general for films touching on themes relevant to LGBTQ viewers and reflecting the true composition of society.

The opening ceremony was a low-key affair, lacking the bright lights and cameras of other festivals, and was all the better for it. Much of the humour was derived from the excellent choir, similar to the gay and lesbian choruses which have been growing over the past twenty years, providing entertaining and slightly suggestive humour with garish ties fitting of the occasion. Here, the choir does the singing, and lets the festival films do the talking, and the opening film certainly demonstrates this.

Daniel Ribeiro’s Hoje Eu Quero Voltar Sozinho (The Way He Looks, V jeho očích) has already won a slew of awards at international festivals and is this year’s Brazilian submission to the Academy Award for Best Foreign Language Film. By no means is the latter a by-word for quality – this is, after all, the Brazilian culture ministry that nominated Lula, the Son of Brazil for the prize in 2010, widely regarded as mere propaganda in support of president Lula da Silva (and a commercial failure to boot). This film, however, is an entirely different kettle of fish; a brilliantly made coming-of-age drama of which many, gay or straight, can relate to. The main protagonist is that of blind teenager Leonardo, who yearns for more independence, sick of being overly protected by those around him, and has as yet never kissed or had a sexual experience. For years his best friend Giovana has been a source of strength and a confidante; but the arrival of new classmate Gabriel throws this relationship up in the air. Leo’s new friend, with his independent and rebellious streak, strikes a chord with his desire for more autonomy (“You, alone in the dark?” “Mom, it’s always dark for me”), and this soon develops into deep affection. This plotline of sexual awakening amongst young people is a well-trodden path in LGBTQ cinema, yet Leo’s blindness makes this particular story unique, forcing us to consider the extra challenges that are involved in the pursuit of identity.

A number of techniques elevate this simple story into a very strong film, and much of this is down to how realistic it is to the viewer. The three main actors, Ghilherme Lobo (Leo), Fabio Audi (Gabriel) and Tess Amorim (Giovana) are all extremely convincing in their roles. All three starred in a ten-minute short film of the same name in 2010 – this previous experience may go some way to explain the chemistry of the trio on-screen. Of course, no coming-of-age drama would be complete without humorous naiveté and socially awkward interactions, and Leo himself can take a joke about his blindness. However, the key here is that we are equating a lot of these situations to our own relationships as teenagers, rather than laughing at his misfortune. For me, this is the hallmark of good acting – although we may not be blind, we find the protagonist extremely relatable. The use of colour in the film is also excellent in helping to bring out emotions to the fullest; with blue/grey hues employed in times of self-doubt and isolation, while warmer oranges/reds give a much warmer feel to parts of optimism and emerging friendships. Rather than using, for example, high-angled shots which emphasise helplessness or dependence, Leo is often portrayed centrally and in shallow focus – a master of his universe, and someone who is able to overcome difficulties in his daily life (contrary to what his parents believe).

On Friday a special repeat screening of the film will be held, specifically aimed at visually impaired people. In the spirit of the scene where Gabriel takes Leo to the cinema and describes what’s happening on screen, blindfolds will be handed out at the door for those wishing to copy this experience from the protagonist’s perspective. This is to be applauded, both in the spirit of inclusivity which the LBGTQ movement strives for and for opening up new dynamics in how we approach cinema. Whether viewing with a blindfold or not, or indeed visually impaired or not, Hoje Eu Quero Voltar Sozinhois reveals a charming, funny film that takes this particular genre in a different direction from what one usually expects. It was an excellent choice for an opening screening, and certainly whets the appetite for more films to come during the week. 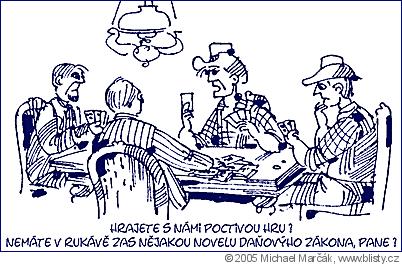