Dear Board members of the Institute for the Study of Totalitarian Regimes,

In October 2022, the internationally renowned scholar and historian Muriel Blaive was fired from the Institute for the Study of Totalitarian Regimes in Prague. She had worked in its research department since 2014. Six other staff members were fired with her, five of them women. The official reason for Blaive's dismissal was to “make the Institute more efficient.“

However, this argument is unacceptable. Muriel Blaive was extremely productive, as evidenced by her published scientific articles in top international journals and scientific publications. She was the first member of the Institute to be awarded a grant from the Grant Agency of the Czech Republic in 2016. In 2019-2020 she was awarded a prestigious EU fellowship, EURIAS, at the Institut für die Wissenschaften vom Menschen in Vienna, an equally prestigious Marie Curie Senior Fellowship at the University of Aarhus, Denmark, and a Senior Fellowship at the Internationales Forschungszentrum Kulturwissenschaften in 2020-21. She has now been awarded the highly prestigious Elise Richter Fellowship at the University of Graz in Austria and would be ideally placed to strengthen the international dimension of the Institute.

She has an H-index of 2 on Web of Science, an international metrics database that measures the impact and importance of scientists through references to their work in impacted peer-reviewed journals. Which is no small feat, if we compare it with the director of ÚSTR, Ladislav Kudrna, who is not on the Web of Science at all, i.e. his index is less than zero and he is invisible at the international level. All the other men in charge of the Institute have a worse scientific rating than Muriel Blaive on the international level, or none at all. Why is the Institute's management trying to terminate the employment of the most published and one of the most erudite scientists in the Institute?

Surely the problem is also not that she has had too little involvement in the Czech scientific and public sphere. On the contrary. The problem lies precisely in her public appearances, in which she presents the results of her scientific research to the public. Her area of interest is, for example, the instrumentalization of medical power to implement communist domination over the female body through medical and social practices. ÚSTR has long been insufficiently involved in the topic of violence against women under the previous regime. As part of her broad research, Blaive has also dared to challenge the concept of totalitarianism, as have most Western historians of the new generation. However, her gravest offense against the conservative clique that dominates the institution was that instead of adding to the long, thoroughly researched, topic of the underground and dissent, she is interested in the nature of the negotiations between the authoritarian power and the overwhelming majority of the population, the so-called grey zone.

It is precisely because of our ignorance of this complex and ambiguous past that we do not understand the mechanisms of mass submission to the illegitimate power installed by the occupying forces during the era of normalization. This ignorance could become fatal nowadays, when we are entering a very turbulent period and social dynamics tend towards undemocratic and authoritarian leadership, albeit in the colors of the opposite political spectrum.

The main problem for Muriel Blaive's superiors is her public engagement, in which she has shared her positions, views and research results, which are unique in the Czech environment. Historian Muriel Blaive, as a native Frenchwoman, looks at the development of our society from an external perspective, and it is thanks to this unique viewpoint that she has had something new to learn and to say about our society. From the position of the power-based leadership of the Institute, however, any deviation from the predetermined results, even just asking the "wrong" questions, is blasphemy. This is why she had to be fired from her position – the Institute for the Study of Totalitarian Regimes in its current leadership does not want to find out anything new, it only wants to confirm its pre-existing dogma. It wants to turn a research institute into a propaganda department.

The Institute of Marxism-Leninism of the Central Committee of the Communist Party of Czechoslovakia also collected a huge number of archive files and documents at the time, but allowed only a fraction of these to be processed, published and made public, because the data did not fit the official interpretation of history of the time, or would have unnecessarily raised many uncomfortable questions. We ask from the Board of the Institute for the Study of Totalitarian Regimes to prevent the ongoing transformation of this socially extremely important scientific institution into an upside-down twin of the Institute of Marxism-Leninism.

We demand that the ÚSTR Board put an end to the power mechanisms whereby opinion and scientific opponents are allowed to be excluded from a scientific institution.

We are frightened by the increasingly visible situation in which the Institute's employees are afraid to speak out against injustice for fear of losing their jobs (especially in the ongoing economic crisis). Firing people from their jobs for political reasons is a practice that we should avoid at all costs, otherwise we will find ourselves repeating our past due to our ignorance.

If you would like to officially sign the open letter, please fill in the following form. Your name, position and organisation name will then be added to the list of signatories. Your signatures can be found in this link.

I Was Fired by the Institute for the Study of Totalitarian Regimes. I Wonder Why

In October 2022, I was fired by the Institute for the Study of Totalitarian Regimes, where I had been working since 2014. Seven of us, out of whom six women, were fired simultaneously, including two of my former bosses, Blanka Mouralová and ...

Muriel Blaive: I am so humbled 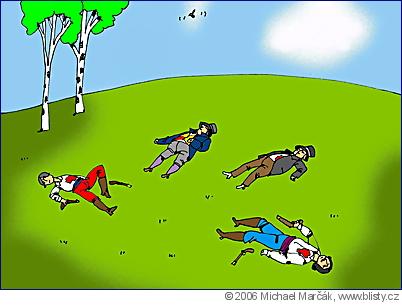