Prague: Several diplomats from muslim countries left a debate on islam in Czech parliament in protest against rabid islamophobia

This happened when lawyer Klára Samková, former member of the Bloc against Islam, said that people "must fight against islam the same way they must fight all totalitarian regimes. People must fight against islam, win over it and stop it from spreading once and for all." In Samková's view, "islam is a criminal ideology, just as Nazism, fascism and communism. Islam defies human nature, human dignity and freedom."

After the diplomats from muslim countries left the gathering in Czech Parliament, Samková added that "this just proves how willing the muslims are to listen to differing views."

Before he left in protest against Samková's pronouncements, the Turkish Ambassador Ahmet Necati Bigali pointed out that many people in the West do not really know what islam is. "It is impossible to confuse islam and terrorism, even the Koran says that if you kill a single human being, you have killed the whole of mankind. The Islamic State and Boko Haram are greatly harming islam, but they certainly do not represent islam. We muslims are basically victims of these terrorists," he said. 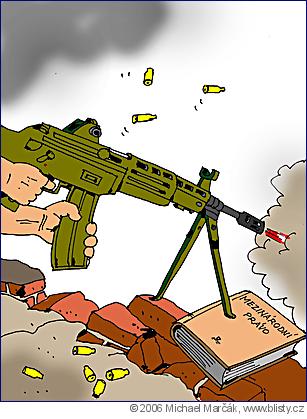