Which groups of the Czech population support regressive and xenophobic policies and why?


Czech social democratic Prime Minister Bohuslav Sobotka recently brought about a political crisis in the Czech Republic when he demanded the resignation of his government coalition partner, Finance Secretary and powerful populist oligarch Andrej Babiš, allegedly for his unethical financial transactions. Critics pointed out that the main reason why Sobotka did this may have been his fear that Babiš and his semi-authoritarian ANO movement could win the Czech general election in the autumn of 2017 - the electoral support for Sobotka's Social Democrats is decreasing and the support for Babiš's ANO had been rising. The extreme right-wing, xenophobic Czech President Miloš Zeman has refused to dismiss Babiš from his government post, in spite of the fact that the Prime Minister has instructed him to do so, thus infringing the constitution. In the meantime, Sobotka and Babiš made an informal compromise agreement, Babiš has resigned and has had himself replaced by another person from his ANO movement in the post of Czech Finance Secretary.

It is evident that there is an informal alliance between Zeman and Babiš, but who in the Czech Republic supports it and what will happen in the future?

Sociologist Daniel Prokop has analysed this in his article in Novinky.cz:

About a third of the Czech citizens support Andrej Babiš and Miloš Zeman, says Daniel Prokop. They are mostly 50-69 years old. Less than a half of them are satisfied with their living standards. These are, however, not extremely poor people. They tend to have secondary education and their incomes are slightly lower than the average, which of course in the Czech context means that they earn relatively little.

The Zeman/Babiš supporters regard the refugee crisis and the "danger of islamisation of Europe" as extremely dangerous for the Czech Republic. They tend to support authoritarian views and authoritarian leaders.

In the category of people aged 50-69, the support of  Babiš's ANO movement has grown from 22 to 33 per cent over the past year. Younger Czechs, on the other hand, do not support Babiš.

Thus, Babiš benefits from two social developments in the Czech Republic. The Czech voters aged 50-69 are rather conservative. Over the past few years, some of these people have abandoned their left wing views. In 2007-2009, 31-33 per cent of people in this age group regarded themselves as left wing, now it is only 27-28 per cent of these people.

Between 2007-2016, the overall feelings of dissatisfaction with the post-1989 developments in the Czech Republic grew slightly. In the group of Czech voters aged 50-69, this dissatisfaction grew much more markedly, from 38 to 45 per cent.

Today's Czech fifty- and sixty-year-olds entered the post-1989 era in the first stage of their productive careers. The end of this stage was marked by the economic crisis with all its negative consequences, especially the growth of bailiff confiscations and brutal debt collecting. The salaries have dropped in real value and people have lost their trust in the institutions of the state. They have also seen the disintegration of the traditional right-wing parties in the Czech Republic.

Around the year 2000, a part of the disappointed pre-old-age-pensioner group of people tended to support the communist party. This was probably because at that time, these people still remembered what life was like under communism and they yearned to return to the social security of the communist era. The current group of people aged 50-69 no longer have this experience of life within the communist system.

It is remarkable that these older voters/supporters of Babiš are now extremely individualistic ("Everyone should be responsible themselves for how well off they are" - 59 per cent), yet they demand support from a paternalistic state ("The state should guarantee an acceptable standard of living for everyone" - 65 per cent). Just as the voters of all the other populist parties, the supporters of the ANO movement are also disgusted by what they see as  "dishonest politicians and dishonest media".

It is not clear whether it would help or harm Babiš if he allied himself with Zeman. On the one hand, an alliance with Zeman would attract all the socially conservative left wing voters of the Communist Party and the Social Democratic Party to Babiš. On the other hand, if Babiš fully aligned himself with Zeman, ANO and Babiš would thus destroy their potential to attract supporters from all walks of life in the Czech Republic.

It looks as though a minority, but influential group of voters is now forming in the Czech Republic, whose disappointment with the post-1989 developments and whose fears of the future makes them support populist and authoritarian politicians. Zeman and Babiš may be encouraging these people at the moment, but this populist group of voters will continue to make its impact on the Czech political scene even after Zeman and Babiš have left politics. 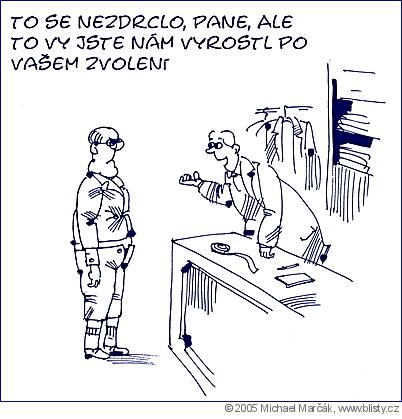