The Czech Police have asked the Chamber of Deputies to lift the parliamentary immunity from oligarch Andrej Babiš, the leader of the highly popular, illiberal political party ANO, and the immunity of the  ANO deputy group head Jaroslav Faltýnek, so that they could be prosecuted.
The two men are to be prosecuted for the alleged misuse of an EU subsidy totalling 50 million Czech crowns (USD 2,24 million) which was invested into Babiš's  Čapí hnízdo (Stork's Nest) private residence in Central Bohemia. The EU subsidy was intended for a small firm. Babiš's large business conglomerate was ineligible. The issue is also being investigated by the European Anti-Fraud Office (OLAF).
Babiš's ANO political party is poised to win the general election which is due to take place on 20 and 21st October 2017.
In response to the request of the Czech Police to lift Babiš's immunity and to allow his prosecution, Babiš has complained that "this is a part of a long-term effort to turn me into a criminal. The timing is clear: this is an attempt to influence the outcome of the general election. This is the last despairing attempt of the current, corrupt system and of the traditional politicians to liquidate me."
"Undoubtedly there are problems with Babiš's Čapí hnízdo," writes Britské listy commentator Karel Dolejší. "50 million Czech crowns from the fund whose purpose is to subsidise small and middle-sized businesses should not have ended up financing the oligarch's private residence. But this problem has been well-known at least since January 2016 and Babiš remained in the posts of Czech Deputy Prime Minister and Finance Secretary for many months after the scandal was published. It is strange that the Czech Police has suddenly decided to prosecute Babiš only a few weeks before the general election. I do not support conspiration theories, but in this particular case the timing does not seem to be coincidental."
Commentators point out that the decision to lift Babiš's immunity will greatly encourage his supporters and probably increase Babiš's popularity considerably. Boris Cvek writes in Britské listy that the traditional Czech political parties should be analysing why Babiš is popular with the voters and why the traditional political parties have lost their influence, rather than trying to criminalise him, which is a strategy that will backfire.
As is mentioned above, Babiš is being investigated   by the European Anti-Fraud Office (OLAF). When the European investiation draws to its conclusion, it is highly likely that Babiš will look for support from Russia in order to defend himself from possible European prosecution, says Karel Dolejší.
Sources in Czech HERE    HERE
See also: Czech Republic is now firmly en route to authoritarian rule
Karel Dolejší, Rather open republic than “critical liberalism”
0
Vytisknout
4669

Rather open republic than “critical liberalism” 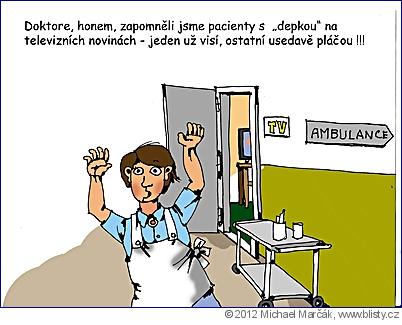