Czech President Zeman: People should arm themselves against refugees

The Czech President Miloš Zeman recommends that Czech citizens should be afraid of terrorist attacks and should obtain guns. He has also demanded that those individuals whose applications for asylum have been rejected, should be deported and that the Czech Republic should build a fence on its border.

He added that it is necessary to realise that amongst the large numbers of refugees, arriving in Europe there is a certain percentage of jihadists. "The solution is to deport everyone who is refused asylum in a particular country. As we know, most refugees are refused asylum." Zeman also wants to deport the "fanatical imams" who "sow hatred in the mosques".

Zeman added that in his view, all the refugees who have refused to accept asylum in a particular European country are illegal immigrants. Such people want to go to Germany in order to access social welfare there. "Have no illusions. They do not want to work there. They just want to get social welfare," said Zeman.

There are no refugees in the Czech Republic. 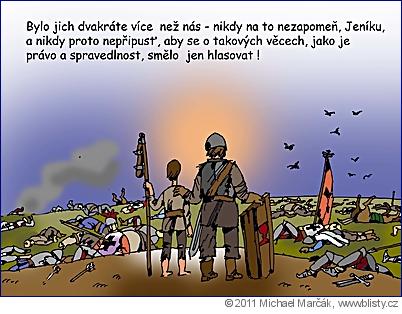