So it's the Age of Communication... The Internet is so entwined in our lives, we can know just what's going on on the other side of the world in a matter of minutes. Apparently it wasn't always this way, mysterious things happened, bizarre coincidences arose, people were thrown apart by distance and separated by oceans and continents..

I have just seen two documentary films whose stories couldn't have taken place today. What with facebook, twitter, myspace, google maps, we can so easily trace where our friends, our colleagues and our work is now, where it might go, and where it has been previously.

The first film is Bart Layton's The Imposter, which was screening in Edinburgh's international competition, which tellsthe story of a thirteen year old boy who went missing from his family in Texas in 1994 and then turned up three years later in Spain. The overjoyed family welcomed him home, but didn't seem to question the fact that he had different hair and eye colour and a French accent...

The second is Malik Bendjelloul's Sundance hit Searching for Sugar Man, which screened here at KVIFF last night. The film follows the hunt for Detroit based singer Rodriguez who recorded two albums with renowned and respected producers in the early 1970s and was spectacularly unsuccessful in the United States, meanwhile becoming spectacularly successful in South Africa, inspiring young people in their fight against apartheid and providing the soundtrack for several generations of music fans. The film traces the steps of a local music journalist as he tries to throw light on Rodriguez's obscure history and discover the fate of a man who was so well loved in a strange country an ocean away from home.

Now is probably the time for films like this. We have the ability to uncover our own pasts, make funny connections between our acquaintances and discover all the random crossing paths in our past. Precisely because information is so accessible now are these films now capturing audiences' imaginations. Both films rely on a LACK of information and are deliciously tantalising. Just what was going through the heads of the Texan family as they travelled to Spain to pick up a strange boy and take him into their home? How could the FBI not suspect this boy and perform more thorough checks on him? Who is this man Rodriguez? How could he not know about his massive fame in South Africa? How could his music have travelled around the world without him knowing?

The films use similar approaches to telling their stories. They both hold back in giving out information. They revel in the storytelling, using animation in the case of Sugar Man and imaginatively staged reconstructions (though reconstructions they aren't really, rather reimaginings of what happened, not necessarily supposed to represent reality) in The Imposter. Both of them use a great deal of sit-down interviews. The accounts of the people who remember the story are interesting in themselves. Before facebook friend connections and re-tweets, the only place the past was stored was in the minds of people.

So go and see these two compelling documentaries. Revel in them, because maybe this is the last time you will be able to. Soon there might be no more mysteries left. 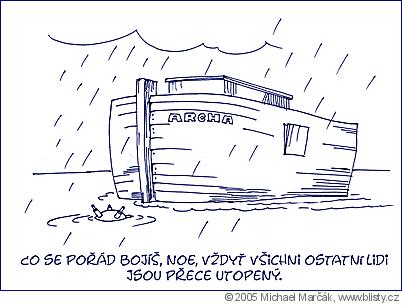