Of course Michael Haneke is awesome. The man has just won the Palme D'Or for the second time in three years. His films are always remarkable and stay with you long after you leave the darkness of the auditorium.

For me it's best to go and see his films without reading any synopses, because going on them alone you would think yourself faced with unyielding gloom. A middle class family that kills itself, the oppression of a puritanical father, a couple terrorised by a hidden taunter, a retired couple broken by illness and eventually death.

This last film sounds particularly pessimistic. This year's Amour tells the story of two retired music teachers who live together happily in a beautiful Paris apartment, until Anne suffers a stroke and thus begins her gradual deterioration into immobility and death. Her husband Georges approaches everything with beautiful simplicity. He assuages his and her pain by doing everything he can to care for his wife, supporting her, granting her wishes and still always treating her as a person rather than an invalid. When Anne has stopped being able to speak properly, their daughter can't bear it and bursts into tears, the carer descends into childish cooing - only Georges continues to converse with her normally, telling her of their plans and asking, "What do you think, will that be alright?" And he isn't humouring her, he isn't in denial - in his eyes there is a true connection with her still. One which remains until the end, so that, terrible though it all may be, he always does the right thing to help her.

The film is shot in Haneke's typical detached style. Visually it's particularly like Caché, - an unequivocal image with flat, stark digital sharpness. We see every marvellous crease in Trintingnant's and Riva's skin. Their lives unravel simply and steadily in front of our eyes.

The thing is unavoidable. The couple's names are Georges and Anne and somehow that seems familiar. Then we remember that the couple in The Seventh Continent was Georg and Anna, and in Caché also Georges and Anne. Their daughter, too, is called Eva. Just like the daughter in Seventh Continent and the nanny in White Ribbon. Like a modern Adam and Eve, the couples in Haneke's films become like representatives of Man and Woman, constant and thus universal. The very first shot of the film shows the couple taking their seats for a concert. All the life-size faces of the auditorium stare out at us, we stare back at them. It's the story of you, too, he says.

There's a reason why, despite his bleakness, that I always love Haneke's films. Really, they all contain a huge amount of joy. There's a passion in him, where he prizes the human values of love, loneliness, fear, guilt so highly that the stories wouldn't exist without it. Amour, a film about deterioration and death, is the most touching and hopeful film I have seen in a long time.

Even when Anne is almost completely paralysed, somehow we still see her through George's eyes, marvellous and simple. Despite both being in their eighties, Trintingnant and Riva both seem to be full of vitality. When I was really little I once asked someone how you know if you love someone. I was told, "If you would wash his socks for him, then you know you love him." Haneke's story of accompanying a person through the struggle towards the grave is what love really is. And it's the most beautiful thing we have. 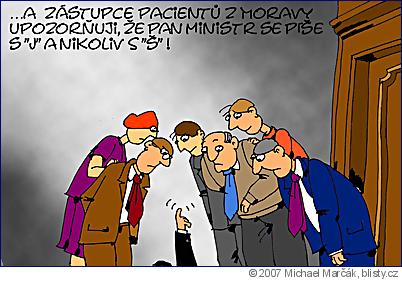