Czech President responds to a report by the Council of Europe:

"I hope the authors of the report will not have their heads cut off..."

"I hope the authors won't have their heads cut off": Czech president re @CoE report criticising him for Islamophobia http://t.co/2SHCfc4WXJ

The Council of Europe European Commission against Racism and Intolerance (ECRI) has criticized Czech President Miloš Zeman and Czech MP Tomio Okamura for spreading islamophobic hatred. In its 2015 report on intolerance in the Czech Republic ECRI proposes that the Czech Republic should modify its penal code in order to enable the prosecution of individuals holding public office for disseminating racism and xenophobia. The Czech Justice Ministry said that it is not planning any such changes. President Miloš Zeman said in response to the ECRI report: No one has ever defined islamophobia. I criticise islamic radicalism. My message to the authors of the [ECRI] report is simple: "Count yourselves lucky if you are not beheaded." 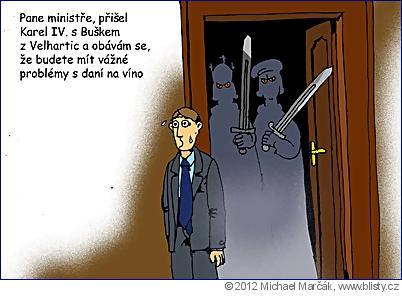