Czech Prime Minister: Our detention of refugees is fully justified

"I do not agree with the statement that the Czech Republic is creating obstacles for asylum seekers. I think our procedures are in line with the EU standards and, primarily, with Czech law," said Czech Prime Minister Bohuslav Sobotka in Czech Parliament in response to criticism by MP Jiří Zlatuška who complained that the Czech Republic behaves disgracefully towards the refugees.

"There are good legal reasons for holding the refugees in detention centres and I have no evidence for the accusation that the Czech Home Office acts in conflict with these reasons.

"When there are reasons for releasing the refugees from the detention centres, they are released on returned to those countries where they should be returned according to the Schengen rules.

"I think we have the right to subject those individuals who illegally cross our borders to our regime which is defined by Czech law. Czech law is not in conflict with EU rules. I have visited one of the detention centres and I did not think that the conditions within them are undignified," said the Czech Prime Minister in parliament. 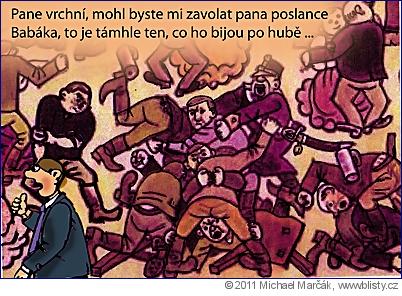