Roman Sedlačik, a councillor in the Moravian town of Hodonín, sent the local Municipal Police to investigate two American tourists walking through the town because they were black.

Sedlačik, a former Deputy Lord Mayor of Hodonín, sent the police to investigate the tourists after he had noticed them as he was driving through the town. He stopped the car, got out and asked them where they were from and whether they were muslims. According to Sedlačik, the tourists spoke "broken English" and said that they had arrived from Germany and originally came from Nigeria. Sedlačik concluded this was suspicious, and so he called the police. He described his action on his Facebook page, calling on Hodonín citizens to do the same: "I appeal to all citizens. Do not be cowardly. Use your rights and make use of the fact that we have Municipal Police as well as State Police, whose role is to help and protect us!" said Sedlačik. His Facebook appeal provoked a considerable amount of criticism and eventually was taken down by Facebook administrators.


The police failed to find the tourists. Moreover, the head of the Municipal Police Jindřich Vašíček pointed out that someone's colour of the skin cannot be a reason for the police to stop and search them.

Sedlačik, who is a member of the ultra right wing organisation The Order of the Nation, was sharply criticised by Milan Lúčka, the Lord Mayor of Hodonín. Some Hodonín citizens demanded on Facebook that Sedlačik should pay for having called out the police to check the foreigners. In response to this, the Order of the Nation organisation has donated 1000 Czech crowns (45 USD) to the municipal coffers with an appeal that the local citizens "should not be afraid to call the police whenever they feel threatened, even if this might not be necessary".

It later transpired that the tourists in question were an American soldier and the director of an international charitable foundation. The Czech media, however, have not bothered to publish their names and have not asked them about their opinion of the  incident. 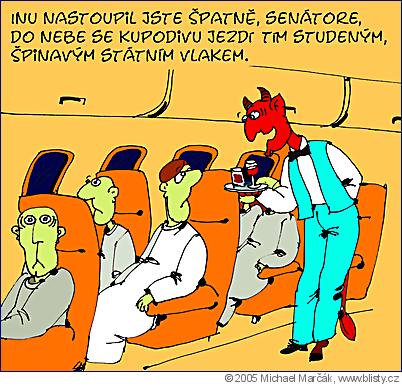