Media analysts: Czech TV stations always refer to refugees as though they were a threat

Both Czech public service TV and Czech commercial TV refer to refugees in their broadcasts almost always  as though they were a threat. Czech TV stations repeatedly emphasise that the refugees constitute danger. They almost never report the refugees' personal stories and they never analyse the causes of war in the countries from which the refugees are running away from, say media analysts from Masaryk University in Brno, Czech Republic.

"If the Czech media do not tell the public that the refugees are running away from war-torn countries, it is logical that the Czech public thinks that it is the refugees themselves who are to blame for the crisis," says Pavel Pospěch, the principal Brno University investigator of the Czech TV coverage, devoted to the refugee problem.

The Czech TV stations concentrate  on the security risks which are allegedly connected with the arrival of the refugees. They only report police action against the refugees and the fact that the refugees are being placed in detention camps in the Czech Republic.

The Czech TV stations almost never give space to immigration experts who would be able to explain the issue. In relation to the refugee crisis, they broadcast soundbites made by politicians, and statements by celebrities and priests.

This kind of news reporting evokes fear in the general public and creates a public demand for short term solutions, based on force, warn the Brno academics.

They have analysed 507 television reports, broadcast by the public service Czech TV and the commercial Nova TV between March and September 2015. Of more than 500 TV reports, only 25 mentioned the tragic predicament of the refugees. 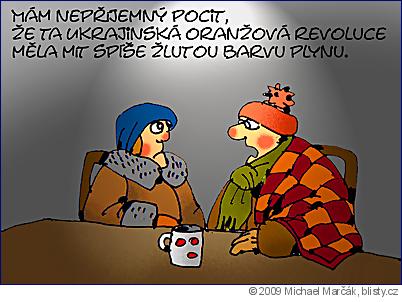