Marian Kotleba, the neo-fascist regional governor of the Slovak city of Banská Bystrica has ordered the cancellation of a theatrical performance in Brezno, Slovakia.

The Ján Chalúpka Theatre in Brezno was performing "The Blacksmiths", an anti-war play by the Serbian author Miloš Nikolič when it was ordered to stop the production immediately "because of vulgar expressions contained in the play" by an official from the local authority educational department. The official had been told by the neo-fascist regional governor of Banská Bystrica, Marian Kotleba, who was in the audience, to stop the play immediately. The performance originally took place on Kotleba's orders as part of an event during which he was to present awards to local teachers.

Marian Kotleba's neo-fascist "People’s Party-Our Slovakia" (LŚNS) won 8% of the vote and 14 seats in the parliament during the general election in Slovakia on 6th March 2016. 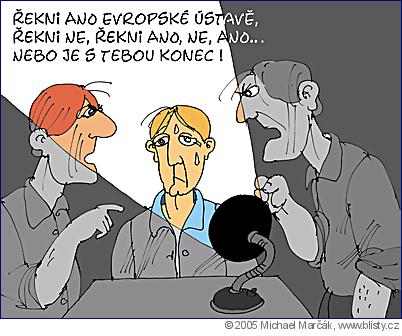