Czech NGOs: "Arbitrary detention of refugees in the Czech Republic is illegal"

"We strongly protest against the continuing detention of refugees in Bělá-Jezová and other Czech government detention centres," says the Czech Consortium of Non-Government Organisations for Helping the Immigrants in their statement. "The Czech Republic mostly detains those refugees who are fleeing the war in Syria. These individuals are supposed to be deported to Hungary according to the so called 'Dublin Regulation'. But Hungary is currently unable to accept deportees from the Czech Republic and so practically no one is being deported (only 3 persons were deported from the Czech Republic to Hungary in July 2015). The continuing imprisonment of the refugees thus utterly fails its purpose. It is inhuman and it is contrary to international covenants.

"The majority of the detained refugees are not interested in remaining in the Czech Republic. They wish to continue travelling to the West European EU countries, especially to Germany where they have relatives or other contacts. The Czech Republic says that it must continue detaining these refugees because they could otherwise escape, although Germany itself issued a statement on 25th August, 2015 saying it will accept asylum applications from Syrian refugees and will not be returning them to the other EU countries. Thus it appears entirely pointless for the Czech authorities to prevent the refugees from continuing to travel to a country which is willing, unlike the Czech Republic, to show solidarity and to help people affected by a humanitarian catastrophe.

"We regard it as highly inhumane that the Czech Republic treats the refugees as though they were a security threat. The refugees have not committed any criminal offence, yet they are being held in prison-like detention centres which are guarded by heavily armed police. The detention centres are overcrowded and the detainees complain of lack of food and clothing. The capacity of the Bělá-Jezová detention camp has been increased to 540, but almost 700 people are now being held there, including families with small children who are being held in military-style tents or in a gymnasium. In detention, mobile phones, personal effects and cash are confiscated from the refugees by the Czech authorities. The detainees are only permitted to walk in a fenced courtyard under escort for limited periods of time. Since June 2015, the Czech authorities have suspended free legal assistance for persons in detention, leaving these individuals with little opportunity to solve issues related to their legal status, conditions in the facility, or even to communicate with their families. Organizations that attempt to visit the detention centers and provide voluntarily support are not being permitted to communicate directly with the detainees. The current situation is absurd, as unless there is a transfer under the Dublin Regulation within 6 weeks, these individuals must be released.

"The continuing detention of the refugees is in conflict with the international obligations of the Czech Republic. The European Court for Human Rights has emphasised repeatedly that the detention of refugees must always be linked to a specific purpose. There is no concrete reason for the detention of the refugees in the Czech Republic. Ostensibly they are being detained because they are expected to be deported to Hungary. Yet this is impossible. The detainees are being prevented from continuing in their travel to Germany which is willing to accept them. Even the Czech courts have decreed in two instances (The Regional Court in Ústí nad Labem, Case No. 42 A 12/2015 and The Municipal Court in Prague, Case No. 1 A 47/2015) that continued detention of persons in the Bělá-Jezová detention centre is illegal because Czech law fails to stipulate under what conditions the refugees may be held.

"We emphasize that in the case of refugees of war there are vulnerable individuals, many of whom are suffering post-traumatic stress syndrome. Within the detention facility there is limited provision of medical care, and psychological care is not provided at all. There is also a clear lack of interpreters.

"The alarming fact is that in many cases families with small children or children without families are being detained. We know, for example, of the detention of Syrian families with a baby of four months, a Syrian family with four small children, and a Syrian nurse traveling with a nine year old boy who, after a bomb exploded, lost his eyesight. Volunteers working with the Consortium of migrants assisting organizations in the Czech Republic warn that at least 60 small children are detained in the center. The detention of children at detention facilities for foreigners is in contradiction with Article 3 of the Convention on the Rights of the Child. The current Czech practice of detaining children has been criticised by laweyrs specialising in asylum and immigration law and by institutions such as the Public Ombudsman in the Czech Republic and the High Administrative Court. The High Administrative Court decreed in its Verdict No. 1 Azs 39/2015 that detaining a family with a small child is illegal. The court pointed out that such families should be housed in alternative accommodation which does not have prison-like characteristics.

"We consider it necessary that the Czech Republic should change its attitude towards the refugees. The Czech state should deal with them in a dignified manner and constructively, in cooperation with the other EU countries. 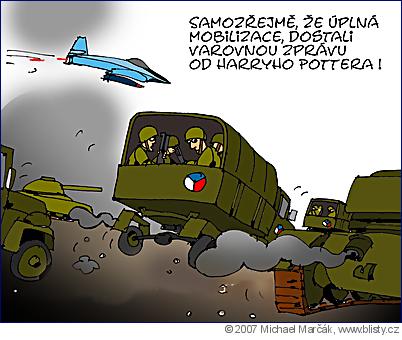